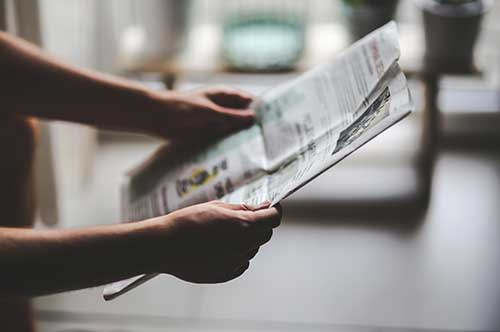 Over 15 Million customers will get money back from Verizon for wireless recovery!  This wireless refund report seems far fetched, so we dug into the evidence.  Our telecom news story comes from two reliable sources, an October 3rd, 2010 Verizon Press Release, and an October 3rd, 2010 FCC Press Release.  The FCC broadcast “We can confirm reports of an FCC investigation into mystery fees that appeared on Verizon Wireless bills costing over 15 million Americans tens of millions of dollars. Reportedly, Verizon itself has put the amount of overcharges at more than fifty million dollars dating back two years.” Michele Ellison, FCC Enforcement Bureau Chief, stated.

Mary Coyne, Deputy General Counsel Verizon Wireless stated “In October and November, we are notifying about 15 million customers, through their regular bill messages, that we are applying credits to their accounts due to mistaken past data charges. We will mail former customers refund checks. In most cases, these credits are in the $2 to $6 range; some will receive larger credits or refunds. As we reviewed customer accounts, we discovered that over the past several years’ 15 million customers who did not have data plans could have been billed for data sessions on their phones that they did not initiate. These customers would normally have been billed at the standard rate of $1.99 per megabyte for any data they chose to access from their phones”.

Ellison says “The FCC Enforcement Bureau began looking into this matter ten months ago after reports from consumers about these mystery fees. Our role is to protect American consumers and give them a voice.  Consumers have a right to receive straight bills and to get straight answers when they question them.  We’re gratified to see Verizon agree to finally repay its customers.  But questions remain as to why it took Verizon Wireless two years to reimburse its customers and why greater disclosure and other corrective actions did not come much, much sooner.”

Wireless Refunds Not Found or Unclaimed

Many wireless billing mistakes are not found by the FCC. Additionally, there are wireless billing errors found by customers that are not reported, or claimed. Therefore many wireless fees are never challenged.  What about all of the mistakes on those wireless bills where services were cancelled, or providers changed?  Business that close or file bankruptcy, may lose all their claims to their refunds. The average person changes wireless plans almost as often as they buy new clothes.  Do you trust your wireless bills?

The FCC challenged Verizon Wireless about mystery fees. It took ten plus months for Verizon to correct the wireless billing issue. People want to know why this took over two years to correct.  Auditel review all the various telecom service providers telecom billings and ensure that any billing error is corrected and telecom recovery is given as soon as possible.

How can the public be aware of the various tariffs, taxes, contract non-compliances and surcharges?    It is extremely difficult for an individual to review their wireless phone bill.  How can corporations and government entities review their wireless bills?  They have mountains of telecom bills they receive monthly.  Business can review their wireless bill to find the corresponding tariff for each service fee, but it is challenging. Next, the contract clauses and compliance should be reviewed.  Add this to the fact that the fees checked last month often change.

Getting something back from Verizon Wireless for these small wireless phone bill overcharges is good, but wireless recovery was very slow in coming.  There are thousands of wireless billing errors in both the US and abroad.  We find similar mistakes and billing problems within most telecom service providers, in both the US and global markets. In summary, knowledge is important to claim  wireless refunds. Is you current wireless expense management (WEM) costing you money? Take the Challenge and find out what is going on inside your telecom invoices!